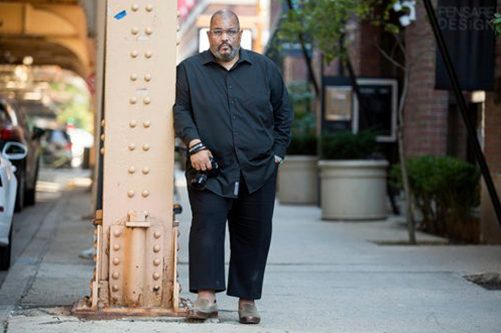 Dawoud Bey has a career in photography spanning 40 years, focusing on the interior lives of people living the black experience and the changing environment around marginalized communities as time passes. Some of his most noted works are Class Pictures (2002-2006), a collaborative project with his students where he had each student photographed share a brief autobiographical statement to be placed next to their portraits; The Birmingham Project (2013), a project that memorializes the young girls who were bombed at a church in Birmingham, Alabama by juxtaposing photos of young black girls next to women who would be the same age as the girls who passed if they were alive today; and Harlem Redux (2014-2017), a return to the original sites of his first project, Harlem, U.S.A. (1975–1979).

“When I heard that I was a MacArthur fellow, it was a deeply affirming moment to know that all of the work that I have done this past 40 years was recognized by my peers at that level.” – Dawoud Bey